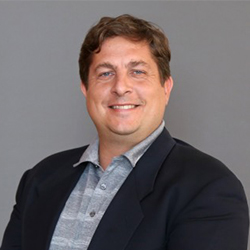 The International Association of Computational Mechanics (IACM) has selected Brown University’s E. Paul Sorensen Professor of Engineering Yuri Bazilevs to receive its 2022 Computational Mechanics Award. Bazilevs was recognized for “the development of accurate, robust, and high-impact predictive modeling methods in solids, structures, fluids, and fluid-structure interaction, which address contemporary engineering and science problems in the broad areas of energy, environment, and biomedicine.”

The IACM awards will be presented by the IACM Secretary General during the Opening Ceremony of 15th World Congress on Computational Mechanics (WCCM XV). This will be a fully virtual conference, and the ceremony will take place on August 1.

The International Association for Computational Mechanics (IACM), founded in 1981, is a professional society with more than five thousand members worldwide. The Computational Mechanics Award was established by IACM in 1998, and is conferred every two years. Bazilevs is the second current or former Brown faculty member to receive it. Former Brown faculty member Michael Ortiz won the award in 2002.

Bazilevs works in the general area of computational mechanics, engineering, and sciences. He develops advanced fluid-structure interaction (FSI) methods and tools to build predictive models for a wide range of applications in mechanics. He is also one of the original developers of Isogeometric Analysis (IGA), a computational methodology that aims to bridge the gap between Computer-Aided Design (CAD) and Finite Element Analysis (FEA).

Bazilevs’ research addresses complex problems in the areas of renewable energy, such as assessing damage to wind turbines due to extreme conditions in harsh offshore environments; air-blast fluid-structure interaction for assessing the response of structures to terrorist attacks; and biomechanics and medicine, such as hemodynamics in blood vessels and the heart, as well as medical devices including blood pumps and artificial hearts.

Bazilevs has published more than 160 journal papers which have been cited more than 36,000 times. His h-index, a measure of research productivity and citation impact, is 79. He has co-authored two books, one on IGA and one on FSI.