Miguel Bessa and Lucas Caretta have joined the engineering faculty at Brown University. Bessa is an associate professor, while Caretta will be named assistant professor of engineering. Both appointments began on July 1. 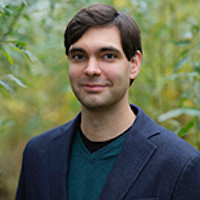 Bessa comes to Brown from the Materials Science and Engineering Department at Delft University of Technology, where he was the director of an inter-faculty artificial intelligence lab called MACHINA, dedicated to machine intelligence advances for materials design. He is also the recipient of a 2019 Veni personal grant from the Netherlands Organization for Scientific Research. Prior to Delft, he was a postdoctoral scholar in aerospace at the California Institute of Technology, and he received his Ph.D. in Mechanical Engineering at Northwestern University as a Fulbright scholar in 2016. His research involves understanding and modeling materials at different scales in a new experimentally validated and self-consistent computational framework. He envisions a new era of design of materials and structures through machine learning. 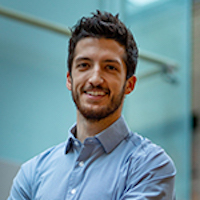 Caretta is a former President’s Postdoctoral Fellow and a Ford Foundation Postdoctoral Fellow at the University of California, Berkeley. He completed his Ph.D. in Materials Science and Engineering in 2019 at the Massachusetts Institute of Technology as an NSF Graduate Student Fellow and GEM Consortium Fellow. The goal of Caretta’s research is to design and manipulate magnetic, electronic, and optical properties of oxide thin films on-demand using a combination of atomically-precise thin film synthesis techniques and state-of-the-art in-situ materials characterization. He hopes to solve fundamental nanoscale problems to tackle large-scale technological challenges in logic and memory, sensing, and even energy conversion.